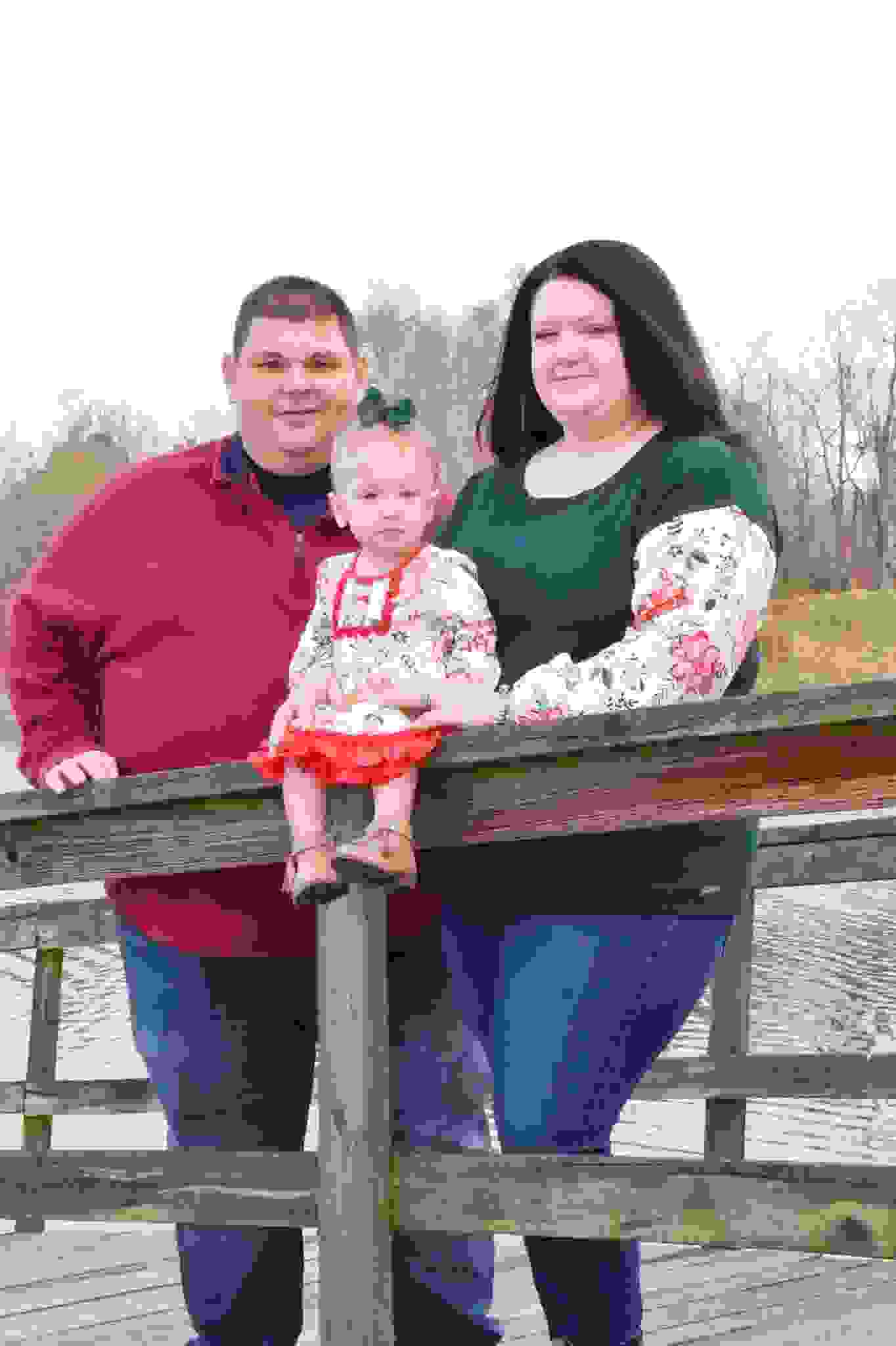 My husband, Justin and I got married in 2011 and knew right away we wanted to start a family. We tried for over a year before making an appointment in 2013 with Dr. Brezina at Fertility Associates of Memphis. During that visit, we were told that there is no medical reason as to why I shouldn’t be able to get pregnant. After ultrasounds, bloodwork, an HSG, and a SHG, I was found to have mild PCOS that should not be interfering with me getting pregnant.

So they turned to Justin. They did a semen analysis that determined his counts were extremely low, his motility and morphology were all terrible. Dr. Brezina sat down and laid out our options. With IUI, we had a 6% chance of getting pregnant and with IVF, about 45%. We walked away heartbroken, because we knew we couldn’t afford IVF.

We went home and decided to just sit back, and let God move. After a regular OBGYN appointment in 2014, my doctor told Justin about a urologist in Louisville, KY that specialized in Male Fertility, and suggested we make an appointment just for a second opinion. We agreed. We went into that appointment hoping that Dr. Brezina was wrong- but when the urologist confirmed what we were already told, it rocked our world yet again.

We left Louisville feeling totally defeated. I just couldn’t wrap my mind around why such a loving God would cause such heartache and pain. My faith was tested, and it felt like it was crumbling. After a ton of prayers, faith-building, and learning to give all our fears and hurt over to God- we rested in Him for 4 years. Waiting for God to move. And in 2018, He did.

In August 2018, something told Justin to call our insurance company. He did, and was told that our insurance JUST picked up covering $15,000 towards IVF in April. In December of 2018 we started our IVF process. In February 2019 we had our egg retrieval, where they retrieved 14 eggs,  5 of which made it to be frozen. In March we had our FET, transferring 2 beautiful embryos. In April, we FINALLY got that positive test, and blood work confirmed. I was pregnant! I developed a subchorionic hematoma that landed me in the ER. I was bleeding so much I thought I was having a miscarriage. It was there, at the ER, that we found out both embryos took, we were pregnant with TWINS.

Today, we have a beautiful 17 month old daughter, Rowan. Rowan’s twin, Harper, passed away shortly after birth. My girls were born at only 23 weeks.  It took 8 long years, but our dreams finally came true.