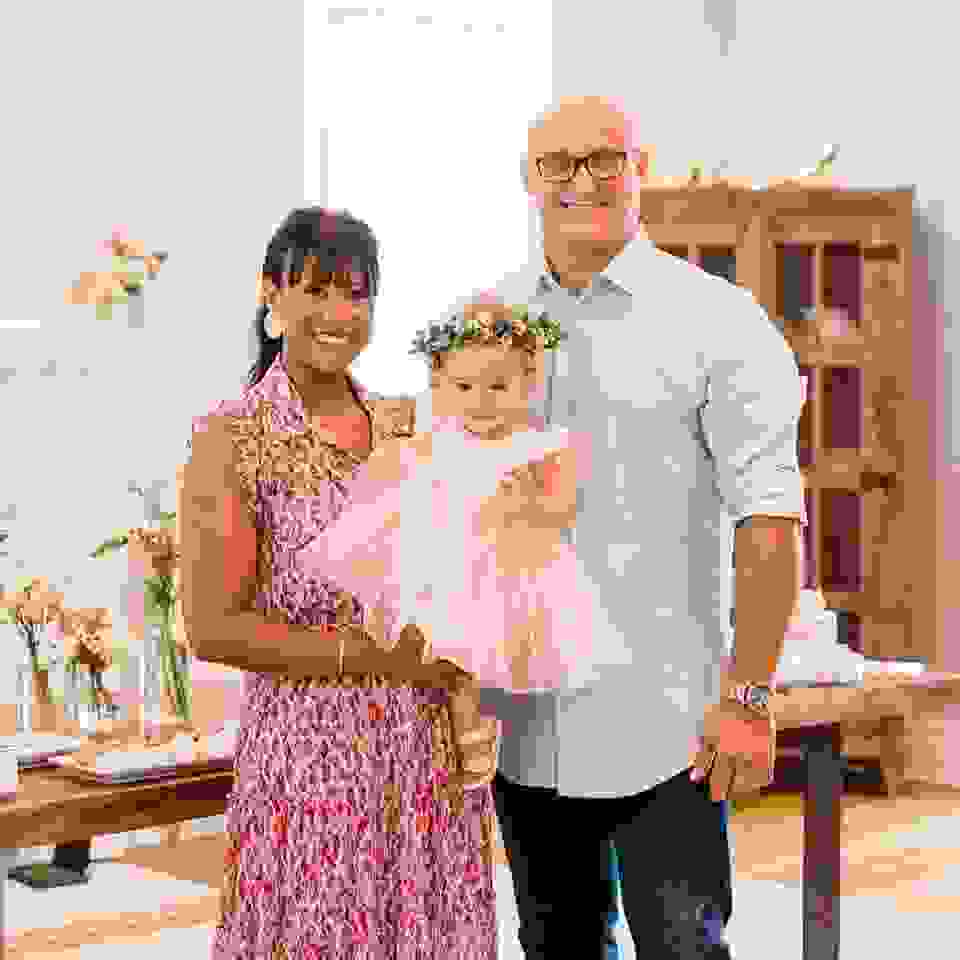 We got married in 2013 and even though we were older, 30 and 42, we decided to enjoy traveling and just being married before trying for kids! We assumed like everyone else, when we were ready, it would just happen! In 2016, after being unsuccessful trying naturally, we were referred to Fertility Associates of Memphis.


After our consultation and a lot of testing, we came to the conclusion that ivf would be our best option. We were blessed to have almost full coverage, so we went straight into it starting in 2017. Our first cycle went really well, or so we thought. I responded to the meds like I should, had a great retrieval of 20 eggs, but by day 5 only a final count of three embryos. We were still excited as all were good grades, and there was no reason to think anything was wrong. We had our first transfer July of 2017 with an A grade embryo. I will never forget how excited we were, including our doctor. Eight days after our transfer, I snuck and did a home pregnancy test. The line was faint, but I thought a line was a line, so I was thrilled. I went for blood work, and when the call came my beta was negative, we were beyond heart broken. It turned out to be a chemical pregnancy.


We got ourselves back focused and prepared for our second transfer in September. It was with two embryos, and I imagined what it would be like with twins! We were hopeful, and once again, I snuck a home pregnancy test ( never again with blue dye ) and got a positive. Then I even used a digital, and it read pregnant too! I went in for blood work and my beta was positive, but low. Unfortunately it never rose and we lost those babies too. At our consult, it was decided that we needed to do genetic testing our next round. We started our second round of ivf and unfortunately only got one embryo.


Due to this, we did not do genetic testing with just one. We transferred this embryo December of 2017, and my first beta was strong! This was it, our miracle Christmas baby. Then unfortunately at our second beta, my numbers didn’t double. They continued to be all over the place and we had a miscarriage. This one hit harder than the rest. I remember thinking what did we do to deserve this and questioning Gods’ love for us. After the miscarriage my hormones went all out of whack, so we had to take a few months until they returned to normal. We also used this time to have fun, go on a vacation and just give my body a break.


In the spring of 2018, we started our third round. We ended up with three good embryos, and sent those off for genetic testing. One came back normal. We were so excited, but so much pressure with just one. We transferred that embryo June 2018. Nine days later at my beta, it was negative. We couldn’t believe it. We finally had a pgs tested embryo and it didn’t even take. We had our consult and decided that an ERA was a must. We also made the decision that a 4th round of ivf was all my body could handle, and this would be it for us.


We started that round, and ended up having a fresh transfer of two embryos that didn’t work, and a frozen 5 day hatching blast that was the best embryo we had ever had. We did the ERA, and found that we needed to change the timing of our transfer. We also didn’t do genetic testing since we just had the one, and it looked amazing. So December 2018, we transferred our last hope. Everyone in that room had been there with us so many times. Retrieval after retrieval, the prior five transfers, many other polyp removal surgeries and this was it. We prayed and we remained hopeful, but we were so scared. I will never forget the day we got our beta call. We were at a wedding reception and our beta was 500! We thought twins, but we had one strong and healthy baby girl in there.


Fast forward to September 6, 2019, our miracle baby Farrah was born. We tell our story to give others hope. Our journey was long and hard, and there’s no way we would have our daughter here without insurance coverage. The cost would have been well over 100,000. We advocate, because every couple deserves the chance to have the same opportunity that we did. The best advice I can give is to not lose hope. I lived off of others success stories and they kept us going.


Share with your friends/ family, anyone you can trust. IVF unfortunately becomes so much of your life, when you’re doing it, it’s so much easier to let people in than keep them out. Last but not least, my husband would always tell me that Gods delays were not his denials. I love the song “ evidence “ by josh Baldwin. I’m sure every couple on here has had their faith tested before. You are not forgotten, your baby is coming.