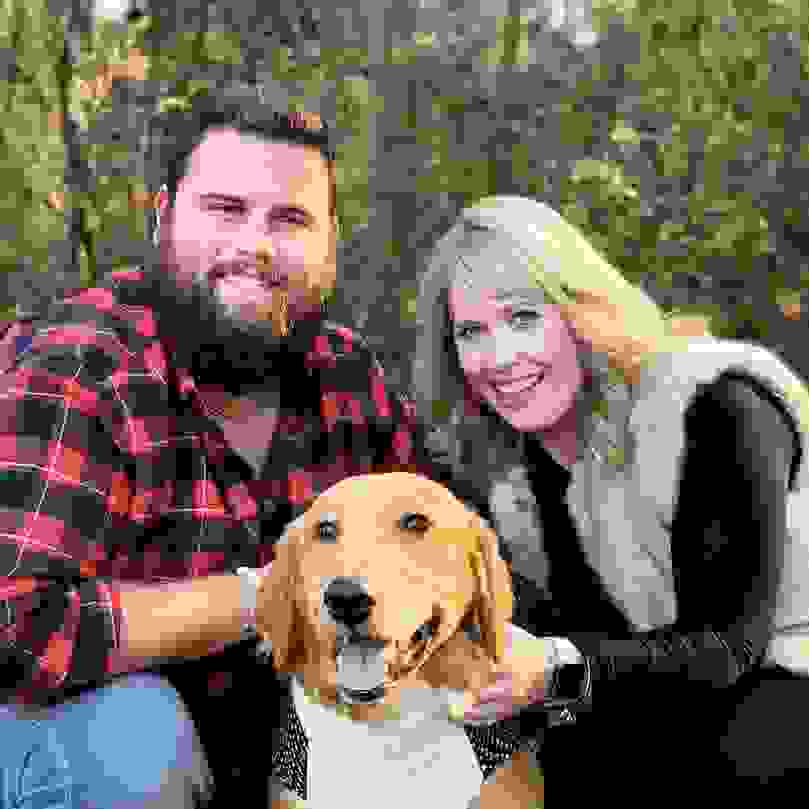 My name is Anna Beth and my husband is Jacob. We have been together for 11 years and have been married since June of 2016. When we got married, we thought we would wait around two years to start trying to have a family.

However, shortly after we got married, I started having terrible pains and cramping. I made an appointment with an OBGYN in December of 2016. During that appointment, we were told that if we wanted to have children, we needed to start trying right away because there was a chance it could be difficult.

We began trying after that, and after a little over a year, we knew we were going to have to do more. I had a laparoscopy in April of 2018 where they found endometriosis and removed two ovarian cysts. After that, I was put on clomid for 3 months followed by femara. November 2018 our world changed when I had a positive pregnancy test. We were so excited for this precious child. Less than a week after that positive test, I found out we were no longer pregnant. Our world crumbled into pieces.

After picking up those pieces, we decided to start trying again. I was put on a stronger dose of femara for three months. Still nothing. We then met with my OBGYN and she referred us to a reproductive endocrinologist. Our first appointment with him was in December 2019. He had prescribed a higher dose of clomid and some other oral meds while we were there. With Christmas coming up, I decided not to get them filled and to not worry about anything until January.

January 9, 2020 I found out I was pregnant again. My husband and I just knew this was going to be our miracle child. I was monitored pretty closely, had a great first ultrasound with a heartbeat, and everything seemed to be going so well with this pregnancy. February 19, 2020 was our second ultrasound. We were planning on announcing on social media shortly after and were so excited going in. Our world shattered that day as we heard "there is no heartbeat." That scene will forever be etched in my memory, and nothing can prepare you for that. Two days later I had a D&C.

After taking some time to heal, my husband and I decided that we wanted to start trying again in the Summer (he is a football coach, so it worked out with his schedule this way too). I had 3 consecutive IUIs starting in June, and each one failed (even though I had great numbers). After my third failed IUI, I didn't know how much more I could take and deep down I knew we were probably going to have to look at IVF if we wanted to have a natural pregnancy. However, since we had gone through a lot of out of pocket expenses and my insurance doesn't cover fertility treatment, my RE suggested that I have another laparoscopy so he could explore and remove endometriosis if it was there.

I had my second laparoscopy on October 23, 2020 and my RE removed stage 1 endometriosis. At my follow up appointment, we got the news that I could do another IUI or begin the IVF journey. After talking and praying, my husband and I decided that we were going to get through the holidays before pursuing IVF or another IUI (and so we could figure out our finances too if we went with IVF).

We are hopeful and praying for our miracle baby/babies. We pray that our story/journey can help/encourage others that are faced with the same challenges/journey. I am so thankful for Tennessee Fertility Advocates and all they stand for.