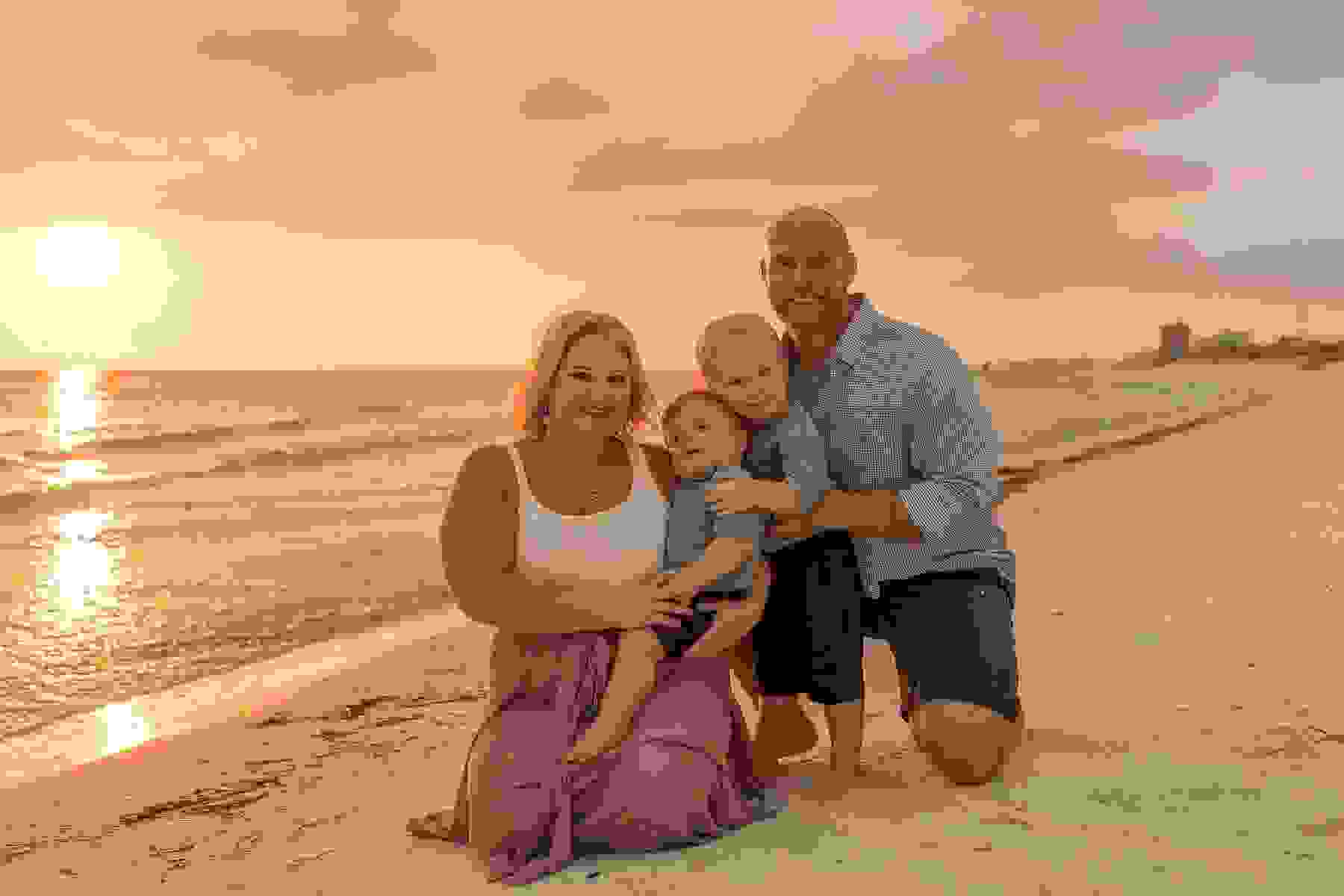 "Casey and I met, on Facebook, through mutual friends in August of 2011. Our story is very different than most considering the first 4 months of our “relationship” was all online and through phone calls due to deployments and overall long distance. In November of that same year, we finally met face to face and it was, as they say, love at first sight. I knew from the first moment that I spoke to him on the phone that I would marry him, but it was really solidified when we met in person. We were engaged by April of 2012, only the 4th time we had every seen each other. He is my soulmate.

Fast forward to September of 2013 and we were married. Casey finished his service in the Marines and immediately jumped into full time school. I was working for an OBGYN and we were happy. We knew we wanted a family from day 1, but thought maybe we needed “time to just be married” before adding to our crew. Little did we know, it would be slightly longer than WE had planned. God had his own timing. Almost a year after being married we began trying for a family, but things just weren’t right. After 8 months of TTC and numerous pregnancy tests, we were still at square 1, so I began “the conversation” with my doctor, who I worked with and saw personally. I cried every day on the drive home from work because what was once a fun job, was now a constant reminder that I wasn’t getting pregnant. Soon after, I quit my job at the OB/GYNS office. My heart just could not stand all the pregnancies around me any longer. After a small about of begging, my doctor agreed to start me on fertility medications. I remember him saying that if the medication did not help in getting me pregnant, then he would have to send me to a specialist. Well, needless to say, the Clomid didn’t help and I still could not shake the feeling that something else was wrong. I was desperate. I finally requested to have an HSG performed and luckily, we finally received some answers. My fallopian tubes were completely blocked in multiple places and were beyond repair, so out they went. I will never forget the doctor telling me that conceiving naturally was no longer an option and that IVF was our only hope.

Now, there we were in the summer of 2015 and beginning IVF. Eggs retrieved, sperm collected and all of the boxes checked off, we finally had our first embryo transfer in the Fall of 2015. Unfortunately, my body rejected the transfer and our cycle failed. We were heartbroken, financially drained and physically exhausted. Although Casey was in the military and we were covered under Tricare Insurance, thanks to him serving in the National Guard, infertility was still not considered a “necessary” treatment, so everything we paid was out of pocket. We had taken out a personal loan ($17,000) to cover the cost of IVF only for it to be unsuccessful and completely gone. Fast forward to January 2016 and The Starfish Infertility Foundation gifted us with a $3850 grant to help cover the cost of a frozen cycle. This was, without a doubt, the miracle that we had prayed for and a moment in which we realized that God truly answers prayers. In February 2016 we successfully transferred 2 frozen embryos and we were pregnant with twins!! Unfortunately, almost 8 weeks in, we lost one of our precious babes. We did however come out with one perfect child.

This boy of mine is the most loving, strong, thoughtful, funny, smart, snuggly, imaginative and rambunctious child. He will be my mommas boy and best friend.

Then, in 2017, we started the process again. Duncan was born to be a big brother and our hearts had more love to give. Enter stage right…Henry Hightower, born in September 2018. He came 5 weeks early, in a fast and furious, VERY EMERGENT delivery with a personality to match.

Henry is smart, intense, loud, forceful in both playing and loving, attentive, impatient and a boy in full. He will be my protector and best friend.