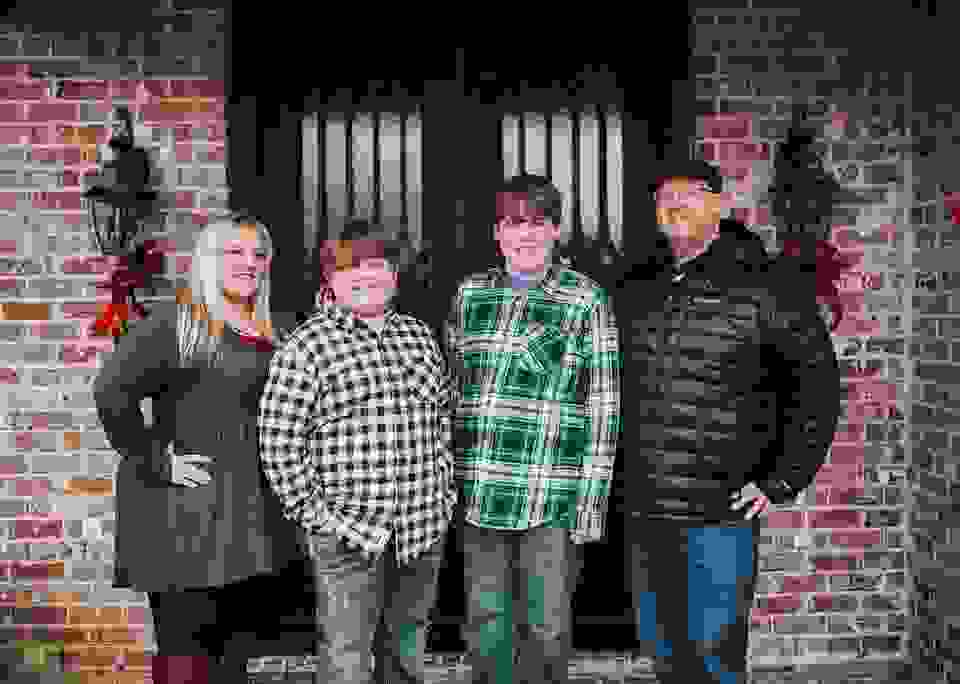 My husband, John, and I were college sweethearts. We knew we would be together forever from the day we met; you know, love at first site and what not. We got married in November 1998. I was 20 and he was 22. We decided we would wait a few years before we started trying to have a baby. Within 2 years, we were ready to start trying. One year went by - two years went by and my doctor finally decided to do some testing to see why it was taking us so long to get pregnant. I wasn’t ovulating, so I began taking Clomid. I went through three months of Clomid and we finally got pregnant with our first son, Trey, in 2003.

Life went on, as usual, and we assumed we couldn’t get pregnant again. 18 months later we were in disbelief when we found out that we had conceived naturally. Our second son, Crockett, was born in 2005. When Crockett was a newborn, Trey was 2 and was being diagnosed with autism. I was a stay at home mom and John was working 60+ hours a week. I cried everyday that first year, I think. It was hard…. like, REALLY hard.

After much advocation and early intervention for Trey, he began making tons of progress at home and at school and we felt as if we were ready to add to our family again.

We began working with our doctor and tried to conceive again for almost another decade.  Finally, on Halloween 2015, we found out we were pregnant again! On the day after Thanksgiving- I was 9 weeks along- I had a miscarriage. It was the single hardest day of my life. We were broken but we fully relied on God to carry us through it.

John wanted to continue to try to have a natural child, but I wasn’t sure I could handle another loss and I was scared. I didn’t want to spend all the money that it took to do fertility treatments if we could not be sure I could carry a baby to term…not to mention I was a pushing 40.

Finally, in 2017 we decided to adopt. We are currently in the process of adoption and we are just waiting to be matched. I chose to speak up to my employer about the need for fertility coverage and I am so glad I did because until last year when TruGreen added Infertility coverage, no company I had ever worked for covered fertility treatments. I wish the coverage had been available to me in years past and then I would not have had to go through 14 years of trying to conceive and miscarriage and I could have tried fertility treatments.

Looking back at my struggles with infertility and just life – in general – I am so proud of how strong it made me. I am proud of the woman I have become who can and will advocate for those that can’t or don’t know how.  It is my goal in life to share my experiences with infertility, miscarriage and autism so that no one ever feels like they are in this life alone. God gave me a voice and I intend to use it until the day he decides to take me from this earth.